The Get Down Brothers
World Trade Center
Shaolin Fantastic

Ezekiel "Zeke" Figuero is the main character in The Get Down and is played by Justice Smith as a teenager while he is played by Daveed Diggs as an adult, along with his older rapping voice being portrayed by rapper/executive producer of the show, Nas.

We make music, we make magic.

Zeke is the main character of The Get Down he is a smart, resourceful teen, brimming with untapped talent and love, who is determined to make his mark in this world.

He is given the nickname Books by Shaolin Fantastic, for his quick wit, love of the written word, ability to put together a beat and a rap at a moment’s notice.

The show revolves around Zeke's life and how the hip-hop style known as "the get down" influences him and the ones around him. He is a young poet living with his aunt following the death of his parents; and has to juggle the life of a street hip-hop performer and being an intern at the World Trades Center. He would later be accepted into Yale.

In the final episode, we see the end of The Get Down brothers after Zeke and Shao get into a fight, due to the fact that Boo was selling for Shao.

Formation of the Get Down Brothers[edit | edit source]

The aspiring tale starts when Zeke goes into a shop in search of the limited edition Misty Holloway record as a gift for the girl he likes, Mylene. Where he bumps into a then famous graffiti artist known as Shaolin Fantastic the two fight for the record and Shao pulls a knife on Zeke. Zeke starts spitting rhymes which causes Shao to stop.

Later, Shao confronts Zeke when he confiding in Dizzee, Ra-Ra, and Boo and tell them to follow him to the fliest secret underground party in all of New York. There he is blown away by this new style of hip-hop created by Grandmaster Flash known as "The Get Down." Grandmaster Flash's wordsmith hands the mic to Zeke because he is the 'chosen one' and Zeke kills it. Rapping about his 'get down crew' he introduces Ra-Ra, Dizzee, Shaolin, and Boo. With that, the wheels are set in motion and The Get Down Brothers are born.

It's later shown in the future that Zeke and Mylene get married, and Zeke is shown to be one of the biggest rappers in the world. 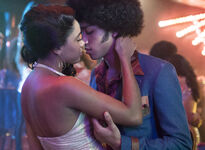 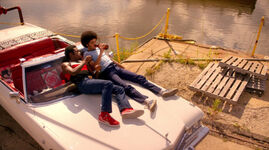 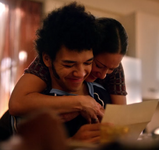 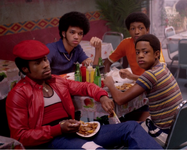 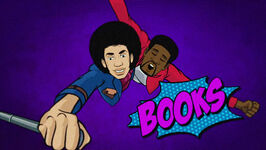 Add a photo to this gallery
Retrieved from "https://the-get-down.fandom.com/wiki/Ezekiel_Figuero?oldid=5207"
Community content is available under CC-BY-SA unless otherwise noted.