The Get Down Brothers

Marcus “Dizzee” Kipling is a character in The Get Down and is played by Jaden Smith.

Dizzee is the eldest of the Kipling children. Often misunderstood, and referred to as weird. He is a graffiti artist who goes by the tag name "Rumi 411."

Dizzee observes everything, has a strong sense of irony and prefers to express himself through his art and graffiti. He wants to have as many experiences as he can, even if that means he lives his life a little dangerously.

Rumi is the name of Dizzee's alter ego: an alien in a top hat who wants to go to the opera but is too afraid he's going to stand out. This is a metaphor for the way Dizzee feels in life. He is Black and bisexual. He is also being hunted down by the law for his graffiti.

Formation of the Get Down Brothers Edit

Dizzee's confiding in the main protagonist Zeke after he has come back from a club; when his graffiti idol Shaolin Fantastic shows up and tells them to follow him to the coolest secret underground party in all of New York. There he is blown away by this new style of hip-hop created by Grandmaster Flash known as "The Get Down." Grandmaster Flash's wordsmith hands the mic to Zeke because he is the 'chosen one' and he kills it. Rapping about his 'get down crew' he introduces Ra-Ra, Dizzee, Shaolin, and Boo. With that, the wheels are set in motion and The Get Down Brothers are born. 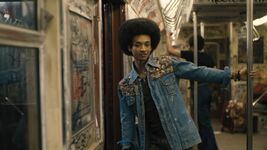 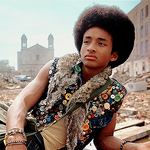 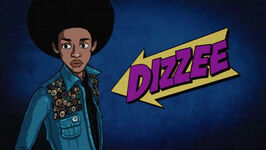 Add a photo to this gallery
Retrieved from "https://the-get-down.fandom.com/wiki/Marcus_%E2%80%9CDizzee%E2%80%9D_Kipling?oldid=5107"
Community content is available under CC-BY-SA unless otherwise noted.